"Show Me Your TUSKS!" 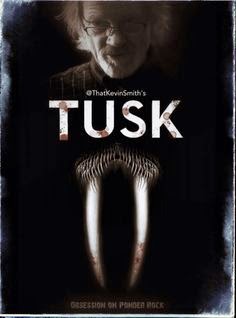 I'm a pretty big fan of Kevin Smith.  His podcast network supplies plenty of laughs and some of his movies are staples in my household (Clerks, Mallrats, Jay & Silent Bob Strike Back).  Sure, occasionally the man stumbles (Cop-Out, Dogma, acting in Die Hard 4) but even Roy Hobbs couldn't hit a home run every single time he stepped up to the plate.

About a year ago Smith and his pal Scott Mosier recorded an episode of SModcast (Smith & Mosier, thus the double capital letters) where they recounted a bizarre personal ad found in a London where an old man was looking for a lodger to live with him in his spacious house, rent free.  The one caveat was that the lodger would be required to wear a home-made walrus suit for two hours a day for the man's pleasure.  YES, A WALRUS COSTUME!  The episode in question is titled SModcast #259 - THE WALRUS AND THE CARPENTER and it is laugh-out-loud hilarious.  I have listened to this episode so often that it's pretty much ingrained in my memory word-for-word.

As the pair delve into the ad they eventually wonder about the psyche's of the old man and any potential lodger.  How does one reach a point in their life where making a walrus costume seems like a good idea?  How does one reach a point in their life where wearing a walrus costume seems like a good idea?  This helps them branch off into a "What would this look like as a movie?"-scenario.  Now, the movie has been made and released so listening to the podcast is doubly fascinating because you can really hear the creative energies flowing between the two filmmakers as they spout out ideas, most comic gold, about how every aspect of the movie should play out.  Kevin Smith is clearly a fan of 70s-era horror movies because he understands the pacing and "flavor" that the dirty grindhouse low-budget horror movies delivered in that decade.  He earns huge respect points for knowing that most of these movies ended with a song during the credits that usually tried to feel uplifting even though the movie itself was anything but.  Horror movies in the 1970s ended grim!  There was no happiness to be found.  It's more rare to see such dark endings even today but occasionally a Pet Semetary, Se7en, Blair Witch Project or The Mist (trust me, the dark ending is what limited any form of box office success) sneaks through.  Too often though Hollywood bean-counters insist that even a horror movie must end with the sun shining and the survivors happy, thus allowing audiences to leave the theatre in a good mood.  Truly odd when you consider what they may have just spent two hours in the dark watching?

The late 1960s and 1970s delivered some great horror movies that pummeled viewers throughout the course of their run time and then slapped them silly with an even more downtrodden ending that guaranteed no happiness for the characters of the film.  Some rapid fire examples; The Wicker Man, Night of the Living Dead, Race with the Devil, Ssssssssss, Don't Look Now, Invasion of the Body Snatchers, and there's plenty more...the 70s was the decade that just kept on delivering downers post-Vietnam.

So, Kevin Smith got all creative with his walrus-discussion and made himself a low-budget horror movie that delivers all of the ideas and "horror" that one would expect in a film where the general plot is MAN TURNED INTO WALRUS.  To assist him on his journey are Michael Parks (as the old man) and Justin Long (as the unfortunate visitor-turned-lodger in question Wallace).  Both actors bring their A-games.  Parks at this point in his career is incapable of a poor performance.  I still marvel at his opening scene in From Dusk 'til Dawn where he plays the doomed sheriff and perfectly captures the audience with his delivery.  Justin Long is clearly no longer the "Apple Guy" but a decent actor and he is game to perform inside a grotesque walrus-costume where 99% of his acting is done solely through his eyes and lack of mobility.

My friend and I saw the movie opening night, equal parts excitement and because we were concerned that the subject matter might make for a brief stay at the cinema, and were solidly entertained for the entire run time.  There are times when Smith's juvenile humor and dialogue shines, the initial introduction scene between Wallace and the old man a perfect example.  Then there are times when things misfire or come across as amateurish "Not-See Party" does not work at all and Johnny Depp's (in the worst kept secret in Hollywood) character seems like he belongs entirely in another movie.  Still TUSK is a nice ode to the horror movies that Hollywood truly rarely makes any more.  The box office will be used as an example of why this is, but I will say that TUSK will have a long shelve life in VOD and DVD sales as well as cable channels.  The DVD had better include the entire Smodcast episode as well...perhaps playing as a form of edited audio commentary track.  It's the perfect movie to experience in your living room where when the grim finale is revealed at least you can change the channel and instantly watch something that might shine a bit of happiness back into your life.

Recommending comedy movies is tough.  One person's A Fish Called Wanda is another person's Weekend at Bernies 2.  Horror movies are the exact same way.  It baffles me at times that the movies I find chilling are instantly met with someone else exclaiming, "That wasn't scary.  I laughed and thought it was stupid!"  So I will say that I laughed in TUSK and I was genuinely creeped out in TUSK.  I applaud Kevin Smith for his efforts and for taking a risk outside of his normal range. 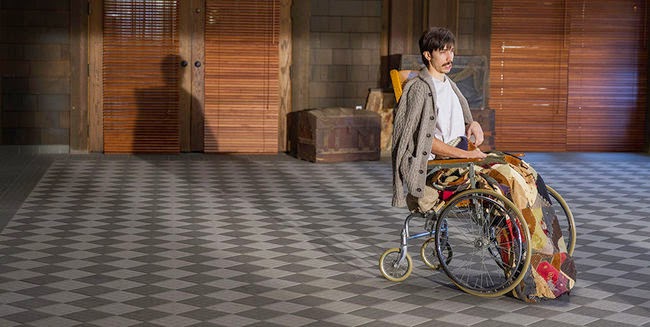 As someone who writes, truly what I marvel at throughout this entire journey from a podcast episode to a movie is that every step of the way has been recorded.  During the end credits of TUSK Smith plays samples from the original podcast and it's a perfect reminder of where the idea was birthed from and how a simple spark of inspiration can lead to a well made final product.  Fans of 70s horror will eat up everything that TUSK is offering.  Others will be repulsed on numerous levels.  But, in the end it's a movie that is deserving of an audience and a great example of the creative process which should be included in movie making classes taking students along on the journey from podcast-to-movie.