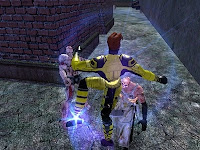 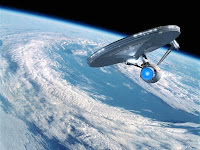 The overall game gets a solid 'A' from me. And remember, this is coming from the Captain of the U.S.S. Damacles...along with his faithful bridge crew: T'Pau, Salyeri, Booster, and Fife. So maybe we'll see you sometime in our jaunts around the stars.
Posted by Barrel Jumper