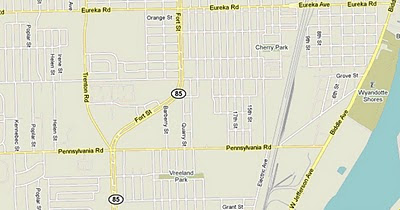 TO BE CONTINUED...
Posted by Barrel Jumper No comments:

When I was 17 my best friend Nusbaum and I used to enjoy playing the occasional game with other cars. It seemed like simple mindless fun, but in looking back on our high speed chases, of which there were many…we’re lucky to be alive.
﻿﻿﻿﻿﻿﻿

Our routine was simple. We’d usually go out and see a movie, stop at the 7-11 and grab some snacks and then spend the time between 9pm and midnight cruising around some neighboring towns…following people. I’d be driving my 1978 Buick Regal (which I fondly called "The Beast").  Nusbaum was the “spotter”. That’s all we would do - follow. We’d just pick a car and say, “Ok. Follow them.” Every turn a chosen driver made…we’d make the same turn. We’d keep a close distance too. Amazing how many drivers never noticed, even when we were the only other car on the road with them. We’d tag along with cars as they took a complicated route home for miles and miles. Heck, occasionally we’d pull up into the person’s driveway and then back up and leave. Not so much as a startled look.
That was until we met 804-JAN.
If memory serves we had just come from a screening of the Billy Crystal – Gregory Hines movie Running Scared at the Southgate 4 cinema. We stopped off got some Big Gulps and candy and picked a white 1986 Ford Mustang to follow. Hey, the guy just picked the wrong time to pass us by.
Our following began. For us there was just something so amusing about a car chase that only one party was in on. The Mustang drove on and the following continued.

As we drove behind license plate 804-JAN, we chuckled to ourselves at how funny it would be if the driver noticed us. Again…stupid fun and just oh so lame.

804-JAN made a turn into a nearby apartment complex. My Buick followed at a casual speed. We passed through several parking bays, turned near some buildings, and worked our way to the back of the complex. As we drove the Mustang seemed to be inching away from us. It was noticeable at each turn as we started to see less and less of it. Eventually we had to guess at the direction the car went. At the final left available to us, we turned into a parking lot that was a dead end.
﻿﻿﻿
Our target was nowhere to be seen.

I looked over at Nusbaum with a “what the hell?” expression.
We scanned the parking lot which was fairly crowded with cars but couldn’t see the Mustang. By this time it was easily 10pm so the darkness was not our ally. After a few seconds I opened my door, the light came on, and I stood outside of the car. Nusbaum did the same on his side. We kept looking and looking. Finally beyond the row of cars at the opposite side of the parking lot I saw 804-JAN. The driver was sitting in the car, lights off, engine running. He had managed to drift around the dead end parking lot and get back to the entrance.

I’m not really sure what 804-JAN was expecting from us, but at my gesture he floored his car with a squeal of the tires and tore out of the parking lot at a dangerous rate of speed.
Nusbaum and I jumped into “The Beast” and gave chase.

We took the same way out of the parking lot that we had taken in…but at an incredibly dangerous rate of speed. Each turn came at a blazing rate and it was clear the Buick could turn and accelerate anywhere close to the Mustang.

When 804-JAN came to the apartment’s entrance and the major intersection, he didn’t stop, nor slow down, but made the turn with a tremendous screech of his tires.

To this day I’m not sure what I was thinking…but I followed. The brake wasn’t even touched. For some reason my brain was telling my body that it was just like being in a car chase in a movie and we’d be “perfectly fine”. Had Nusbaum leaned over and told me to slow down I’m sure it would have snapped me back to reality and the endeavour that we were now a part of. But, the adrenaline was pumping and stopping was no longer an option.